Robios Llc is Russian biomanufacturing company based in city of Serpuhov, 80km away from Moscow. Established in 2012. Production site launched in 2016. We specialize on extraction of dihydroflavonol called Dihydroquercetin (also known as DHQ or Taxifolin) and natural immune system stimulator called Arabinogalactan from frost-hardy trees native to western Russia, named Siberian and Dahurian larches. Dihydroquercetin is one of the most powerful natural antioxidants available. Raw materials we use, larix Siberian and Dahurian come from distant region on Republic Yakutia, Eastern Siberia. Production facility is built in correspondence to GMP standards, has active ISO 9001:2015 and HACCP certification.

Founders of Robios Llc have some close ties to Puschino. Puschino city has a status of “science-city” by Russian Academy of Science and host 9 leading biotech Research Institutes, connected in one science-cluster. Close geographical (only 20 km) and administrative location of both cities provided Robios Llc with a number of unique advantages. Many high competence science personnel of Robios used work in institutes of Puschino “science cluster”. Robios Llc also work closely with many of those institutes on specific tasks and has ability to use their research potentials.

Robios Llc production site initially have been designed and built with ability to rapidly increase its output by multiple times depending on demand. At the moment company offers DHQ and AG for various production needs, as well as for private use. 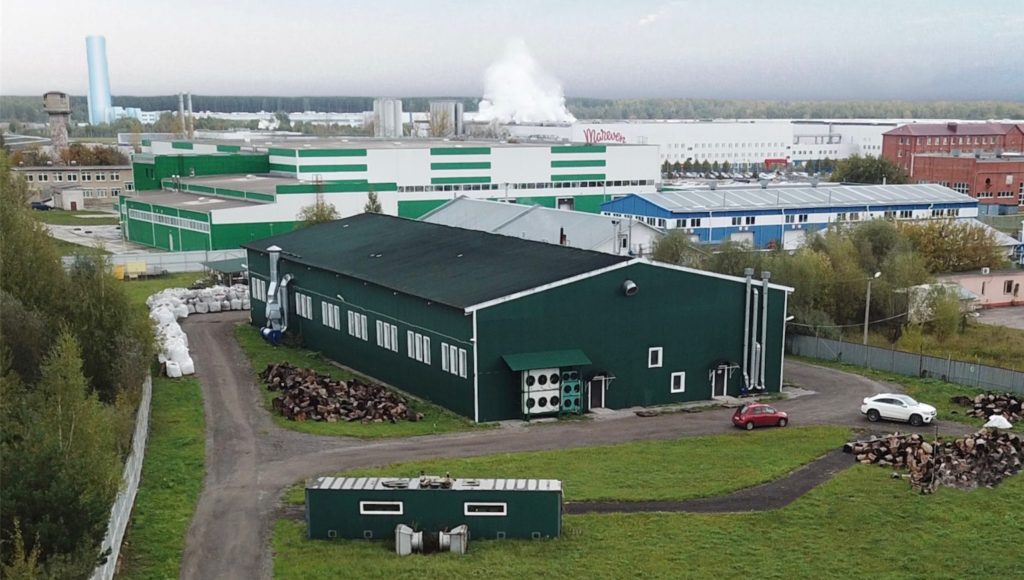 The characteristics of Dihydroquercetin and Arabinogalactan

100% Natural antioxidant Dihydroquercetin (DHQ, Taxifolin) and 100% Natural prebiotic Arabinogalactan (AG) manufactured by Robios can be effectively used in MEDICINE and HEALTH PRODUCTS. Apart from that, there are OTHER areas where those products can be used effectively.

Here, the Dihydroquercetin (Taxifolin) can be used to give extra functional characteristics to various food products. For example – make products better for health; diminish the use of chemical preservatives and more. Also, it can effectively extend products shelflife. Many studies on different products are available.

Both products can be used effectively here. DHQ (Taxifolin) can add extra functionality for cosmetics, also it can diminish the use of chemical components and ingredients.

DHQ (Taxifolin) and AG can be used effectively in animal feeding. Many studies show that Dihydroquercetin (DHQ, Taxifolin) is capable to reduce the amount of antibiotics used in animal food, can make animals healthier. AG can stimulate animals to gain weight faster.

DHQ (Taxifolin) and AG are used as components to make effective fertilizers, to secure the safety of plants and increase farm output. 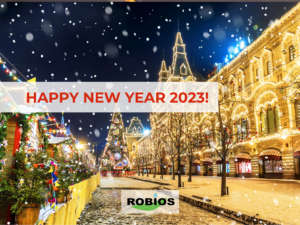 Dear partners and customers!
The team of the Robios company wishes you a Happy New Year 2023!
In the coming year, We would like to wish you financial stability, family well-being and confidence in the future.

On December 6, 2022, a Forum of Exporters of the Moscow region was held in the government house of the Moscow region in Krasnogorsk. This is the final event, where the results of the year are analyzed, plans for the development of exports from the region for the next year are evaluated and pressing issues of action are discussed in such a difficult time of massive restrictions imposed on Russia by the collective West. 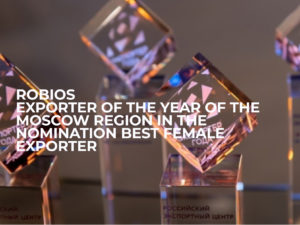 Robios company won the competition “Exporter of the Year of the Moscow region” in the nomination “Best Female Exporter” based on the results of its activities for 2021 at the regional stage of the All-Russian award.

For the latest researches on the use of DHQ (Taxifolin) and AG in the fight against COVID-19 visit our special website at www.contr-covid19.ru 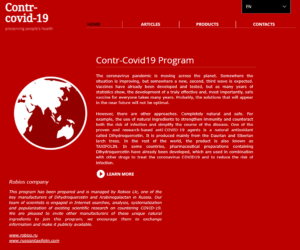